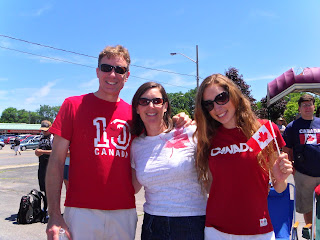 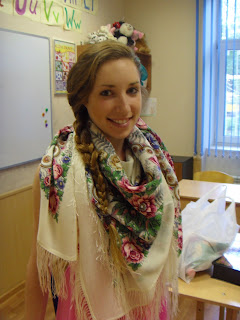 
I've been back in Canada for a little more than a week, and I'm just getting used to being able to go running without looking over my shoulder for packs of stray dogs.
I'm getting used to sleeping in my big double bed and putting my clothes in the dryer after washing them.

I'm getting used to eating my daily jar of peanut butter again (slight exaggeration, but not really...I love that stuff).

I'm getting used to having conversations with random strangers in the street or in the shops that go beyond a simple "zdravs-voo-tye" (hello).

I'm getting used to the Toronto version of traffic jams and rush hour which, in comparison to Moscow's legendary chas pik, is almost laughable. Don't even get me started on the Toronto subway.

I'm getting used to having my "personal space bubble" back again, although I almost MISS having sweaty strangers rubbing up against me in the metro as we all cling wildly onto poles/each other. Almost.

I'm getting used to hugging my mum and dad, going for long walks around our neighbourhood, hanging out with friends, and seeing my sister in her usual semi-prone position on the couch.

I'm (slowly) getting used to not seeing rows and rows of vodka at the grocery store, although I still look around for the produce guy with the gold teeth to weigh my veggies. And where are all the street vendors selling everything from cabbages to knives to bras on the corners??

What I'm NOT getting used to is the fact that my time in Russia is all too quickly becoming almost an ephemeral dream in my head, as if I can't even believe I was actually there, that I called Moscow home, that I used to walk past the Cathedral of Christ the Saviour and stop by the Kroshka Kartoshka there for a quick snack. Last night there was a news programme in Russian on TV and I almost cried when I heard the reporter say, "Skolka?" (how much?)

So yes, I'm getting used to being back in Canada, and although it has been wonderful catching up with my family and friends, I miss Moscow and all her history, her food, her winding, circular streets, her higgedly-piggedly array of architectural styles, from Stalin's neo-Gothic Seven Sisters to turn of the century cotton-candy coloured palaces, her babushkas and smoggy streets and romantic bridges and even the stray dogs and the old men who growl "tvoyu mat'!" at delinquent young men in Adidas tracksuits and mullets.

I've fallen in love, and I have a feeling this is going to be for life.
Posted by KStarr at 4:45 PM 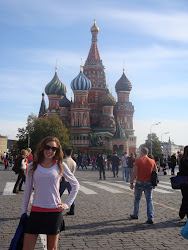